One possible explanation for the relative poor performance of the US compared to the other dozens countries in the Health Affairs report might be related to America’s failure to reduce salt intake. A prospective study in Finland showed that for each 2400 mg increase in 24-hour urinary sodium, cardiovascular disease mortality increased by 36% and total mortality increased by 22%.1 Worldwide hypertension is the #1 risk factor for earlier mortality in middle-aged and older adults. Data from the NHANES surveys suggests the sodium intake of Americans has been increasing since the 1980s. Certainly the average salt content of processed foods is not going down in the US, despite growing evidence that excessive salt intake is the #1 cause of increasing blood pressure with age and the development of hypertension.2 A recent review of studies that examined the 24 hour sodium excretion in adult Americans concluded: “Sodium intakes in the US adult population appear to be well above current guidelines and does not appear to have decreased with time.” Although the authors of this recent systematic review speculated that the rising blood pressure Americans over the past 20-30 years was more related to increasing use of NSAIDS and increasing body weight than increasing salt intake, they “...observed a trend toward higher sodium excretion over time...” but it “...did not reach statistical significance.”3 Since many of the studies in this review were on subjects with elevated blood pressure and admonitions to reduce salt intake have been increasing as evidence mounts about the role it plays in the development of hypertension and cardiovascular disease, it seems likely that the data from such studies may well be skewed against finding what is likely an increasing salt intake for the average American.

In marked contrast to the steady to rising salt intake in the US, many of the other countries in the Health Affairs study have taken far more aggressive steps to reduce the salt content added to processed foods. There is now overwhelming data showing an increased risk of morbidity and mortality with higher blood pressure in middle aged and older adults. Couple this with the proven strong association between excessive salt intake and higher blood pressure and it seems likely that, in addition to problems with the US healthcare delivery system, another factor contributing to America’s increasingly poor performance when it comes to life expectancy is due in large part to our failure as a country to reduce our overall salt intake. For more information on salt and its role in health, visit https://foodandhealth.com/.

Looking for resources to help people reduce their salt intake? Our Nutrition Education Store is full of useful tips and tricks. Check out some of the most popular options below, and remember that our member library is also full of incredible handouts, research, presentation ideas, and more. Sign up for a membership today! 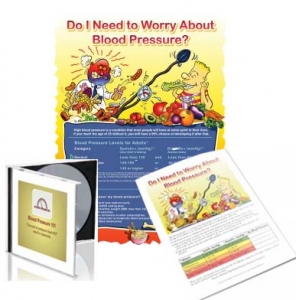